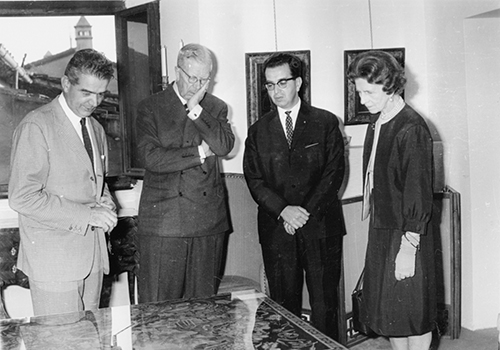 From 1959 to 1975, this event was hosted in Palazzo Strozzi in the historic centre of Florence. In 1977 the Biennale was forced to move to Palazzo Giuntini, due to the inaccessibility of the previous location, where it returned two years later and remained until 1993. Meanwhile, in 1986, Guido Bartolozzi took over from the Bellini brothers as General Secretary and the Fair took on the permanent name of Biennale Mostra Mercato Internazionale dell’Antiquariato. In 1995, the Biennale moved to Palazzo degli Affari designed by Pier Luigi Spadolini, before transferring to Palazzo Corsini sull'Arno in 1997, this time permanently.