The Biennale dell'Antiquariato di Firenze, as sensitive as ever to the needs of the Italian cultural heritage, has established the award for the most beautiful painting on display at the Exhibition. The work is selected by the Scientific Committee from among all the paintings exhibited at Palazzo Corsini during the Biennale.

The Painting Award, linked to a financial contribution made available by a sponsor, is intended for the restoration of a work of art indicated by the Florentine Superintendency.

2015 - THE AWARD FOR THE BEST PAINTING ASSIGNED TO GALLERIA PORCINI 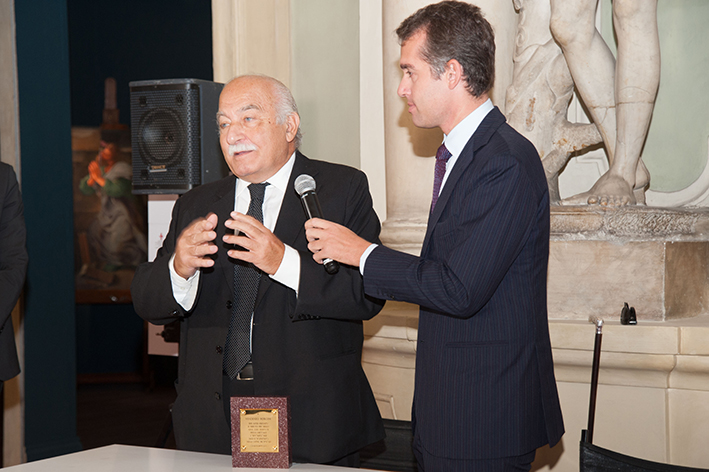 In the photo Vincenzo Porcini and Fabrizio Moretti

The prize for the best painting, sponsored by Chiara and Ugo Pierucci, was awarded to the Galleria Porcini of Naples for the work “Saint John the Baptist in the Desert” by Nicolas Régnier – oil on canvas, 254 x 192 cm 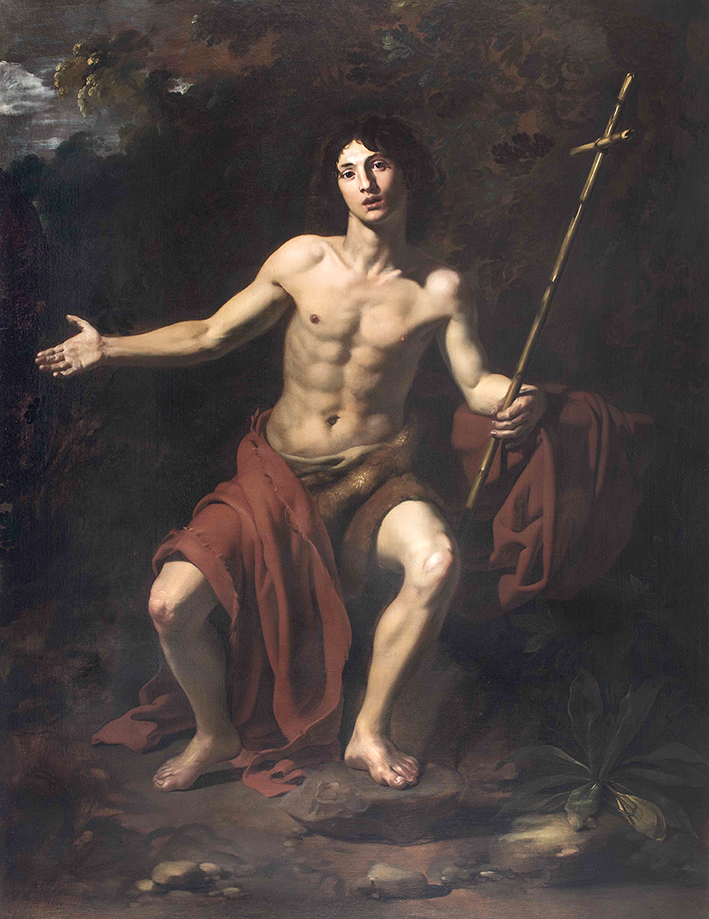 Saint John the Baptist in The Desert by Nicolas Régnier is an outstanding work for more than one reason. In the first place for its monumental dimensions, which are those of an altarpiece, and truly exceptional for the representation of the Forerunner in the wilderness prior to 1626. In the second place, because it clearly marks a turning-point in Régnier’s artistic career: the attempt to look towards new horizons.

The canvas indicates research in progress. We can discern the emergence of a pathos hitherto unknown in Régnier’s art, a palpable emotion, superbly revealed by the latest restoration. Here, indeed, Régnier combines solemnity and magniloquence with the distinctive traits of painting from nature or from life. 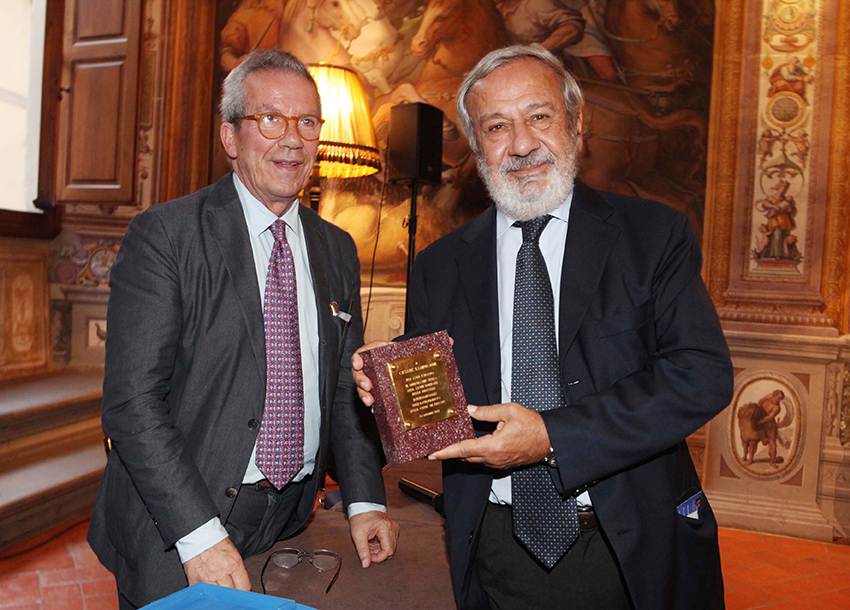 In the photo: Giovanni Pratesi and Cesare Lampronti.

The painting award sponsored by the Banca di Cambiano was assigned to the Galleria Cesare Lampronti of Rome for the oil on canvas painting “The Portico d’Ottavia” by Bernardo Bellotto (Venice, 1720 - Dresden, 1780) 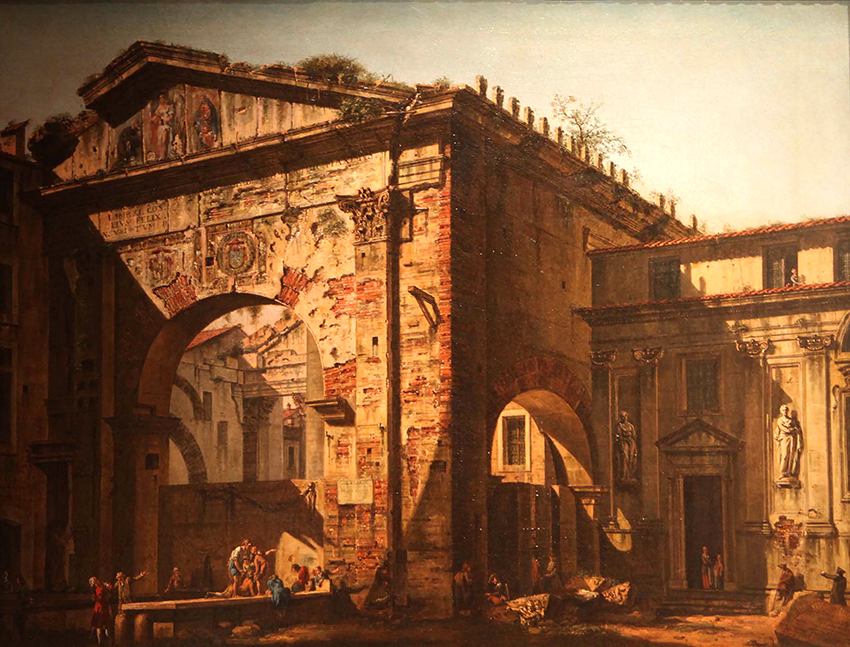 2011 - AWARD FOR THE BEST PAINTING ASSIGNED TO GALLERIA NAPOLINOBILISSIMA 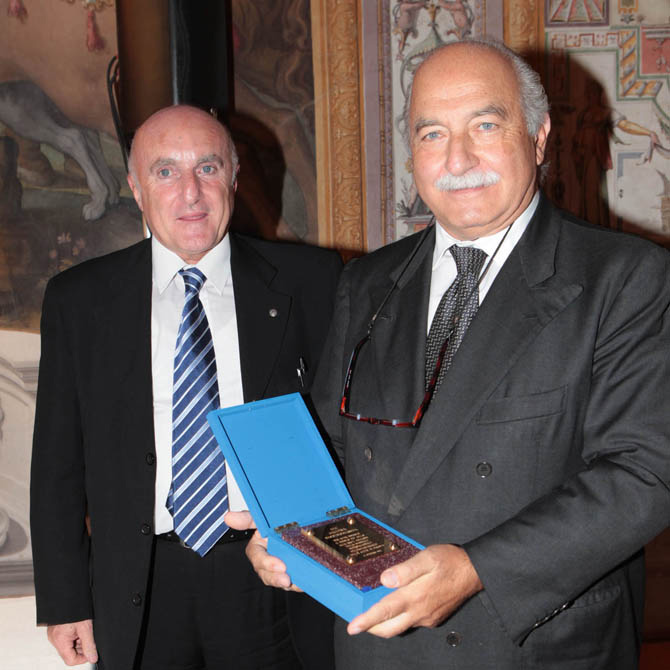 In the photo: Antonio Pozzi and Vincenzo Porcini.

The prize for Painting financed by the Banca di Cambiano was assigned to the Galleria Napolinobilissima for the oil on panel painting The Sermon of Saint Dominic by Dirk Hendricksz known as Teodoro d’Errico.

Dirck Hendricksz detto Teodoro d’Errico (1542-44/1618)
The Sermon of Saint Dominic, 1578-79
Predella of the altarpiece by the same artist conserved at Capodimonte.

2009 - AWARD FOR THE BEST PAINTING ASSIGNED TO "LA PINACOTECA" 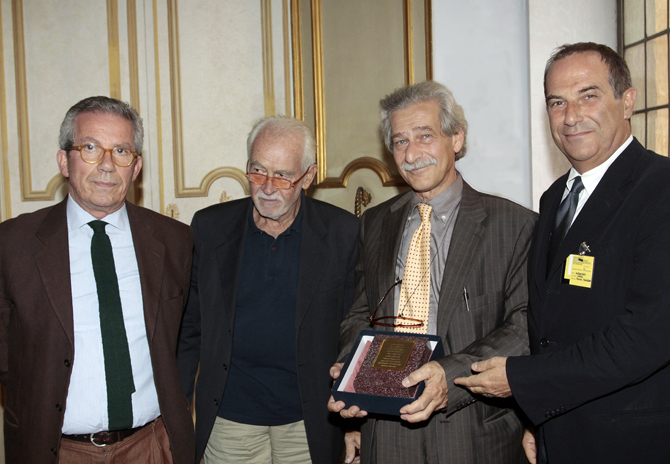 In the photo, from left: Giovanni Pratesi, Secretary General of the Biennale, Fabrizio Guidi Bruscoli, Renato Visco and Alessandro Grassi, representing the sponsor of the prize Palazzo Tornabuoni.

In 2009 the jury awarded the prize for the best painting exhibited at the XXVI Florence International Antiques Fair to the work “Caiaphas dismisses Jesus in the Synedrium” by Luca Giordano (Naples 1634 – 1705), exhibited by the “La Pinacoteca” Gallery of Naples belonging to Alfredo Calandra & C. The prize was collected by Renato Visco, one of the partners of the Gallery.

2007 - AWARD FOR THE BEST PAINTING ASSIGNED TO PIACENTI ART GALLEY 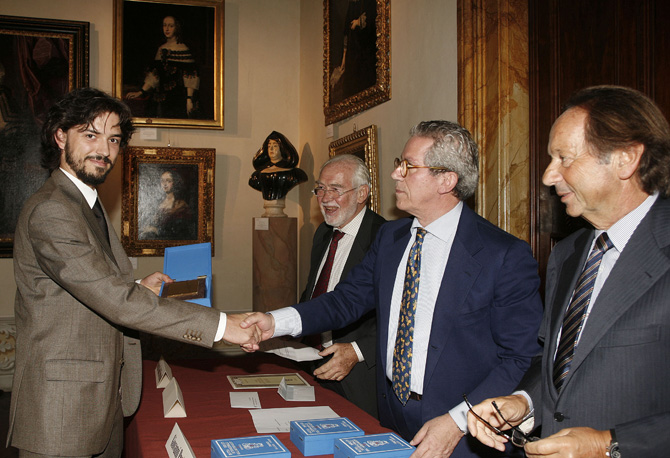 In the photo: Giovanni Pratesi, Secretary General of the Biennale, presents the prize to Leonardo Piacenti.

In 2007 the jury awarded the prize for the best painting exhibited at the XXV Florence International Antiques Fair, sponsored by Luigi Koelliker, to the work “Pindaro” by Mattia Preti (Taverna 1613 – La Valletta 1699), exhibited by the Piacenti Art Gallery of London. 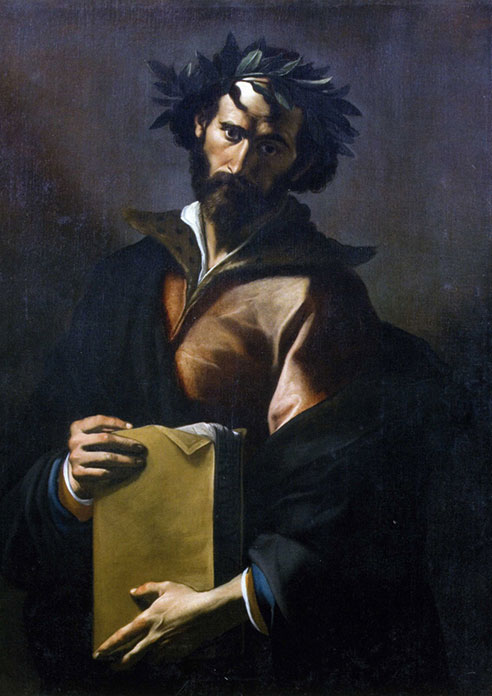