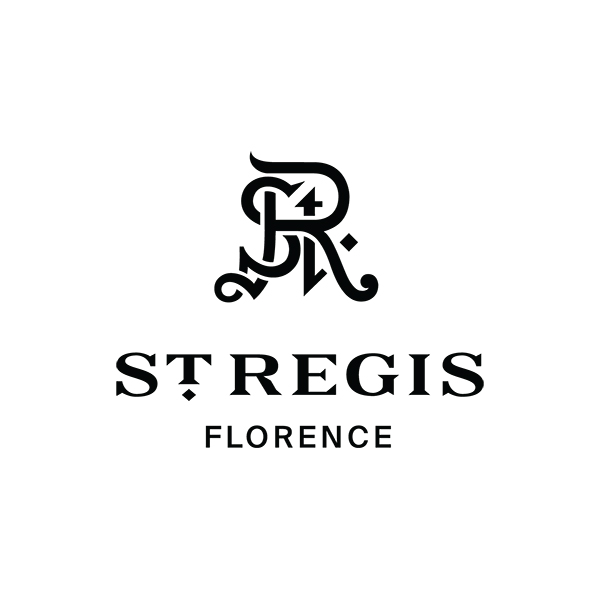 Situated in the heart of Florence, the scenic St. Regis Florence has been the preferred stop of seasoned travelers since the 18th century. Steps away from iconic landmarks, it offers an unrivaled immersion into the cradle of the Renaissance.
Affixed with rich colors, custom frescos and sparkling crystal chandeliers, the antique décor pays homage to the city’s artistic heritage. The 80 spacious guest rooms and 19 distinctive suites are exercised in discreet opulence and refined elegance. Guests staying in Premium Deluxe Arno River View Rooms and all suites enjoy impeccable St. Regis Butler Service any time, day or night. 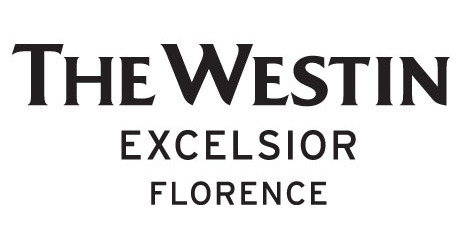 The Westin Excelsior Florence is just moments away from the marvels of Florence, overlooking the Arno river. An undisputed masterpiece in its own right in the heart of Florence. Recently renovated, The Westin Excelsior’s 171 rooms and suites are authentic examples of tasteful decoration, where antique furnishings and precious fabrics live conformably alongside the latest technology and high speed Internet access. Comfort reaches the heights with our signature Heavenly Bed® and Heavenly Bath®, providing total relaxation and wellness. The Presidential Suite boasts furniture inlaid with precious stones and a terrace on the Arno river, and for guests who want a breathtaking 360° view over the historic centre of Florence and the Tuscan hills the Belvedere Suite is tailor-made.

The glass-plated sixth-floor SE·STO On Arno, like a transparent jeweler box, affords breath-taking views as far as the horizon on Florence, its roofs, churches, bell towers, Ponte Vecchio and the picturesque Tuscan hills as a precious frame. The outside of the restaurant is equipped with two large terraces one dedicated to the restaurant and one to the bar. 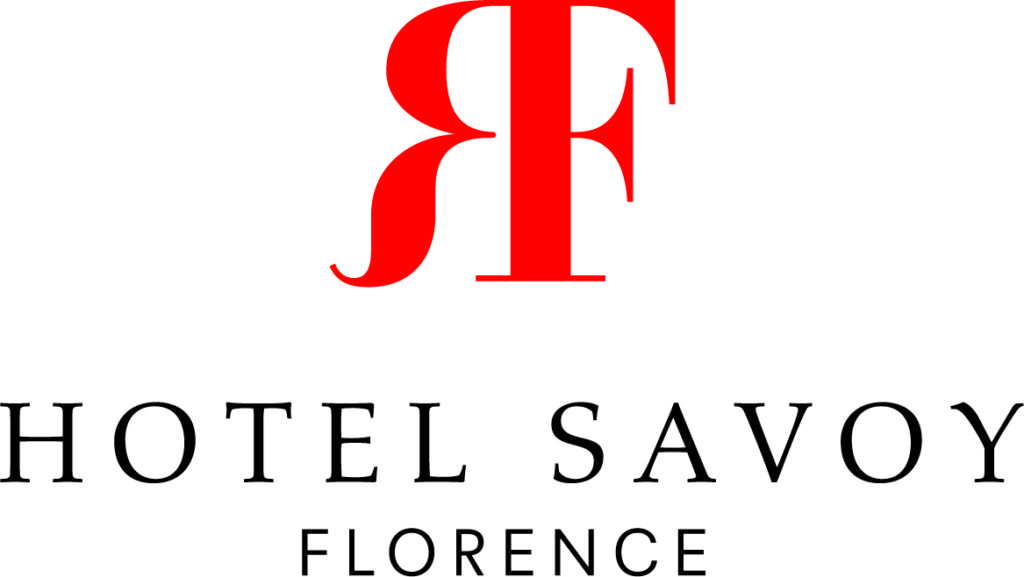 Hotel Savoy, built in the 1893, is located in Piazza della Repubblica in the heart of Florence’s city centre, between the Brunelleschi’s Dome and the charming Ponte Vecchio. Each of the 79 rooms and suites have been designed to enhance the Hotel’s timeless elegance and to create a predominantly Italian feel, mirroring the essence of Rocco Forte. They have a style merging Florence’s history, culture, fashion, florentine crafts tradition and combine centuries-long heritage with high and contemporary design. The Grand View suites and the new impressive Duomo Presidential suite – that occupies its own wing with splendid views of stunning Dome – are exclusive retreats from the bustling city and are the ideal settings to relax and be pampered. Furthermore, on the 5th floor lies the unique two-story Spa Suite with a Spa Menu designed in collaboration with Officina Profumo Farmaceutica di Santa Maria Novella. The space has a breathtaking view of the rooftops of Florence. Irene restaurant & bar, designed by Olga Polizzi is inspired by a 50’s retro-chic florentine Bistro. The dishes, created by Celebrity Chef Fulvio Pierangelini recall the rich and traditional Tuscan cuisine made with local and seasonal fresh ingredients. The fluid and mostly white space of the entrance and the Lobby are punctuated with colourful art and design elements, adding a sense of grandeur and glamour to the space. 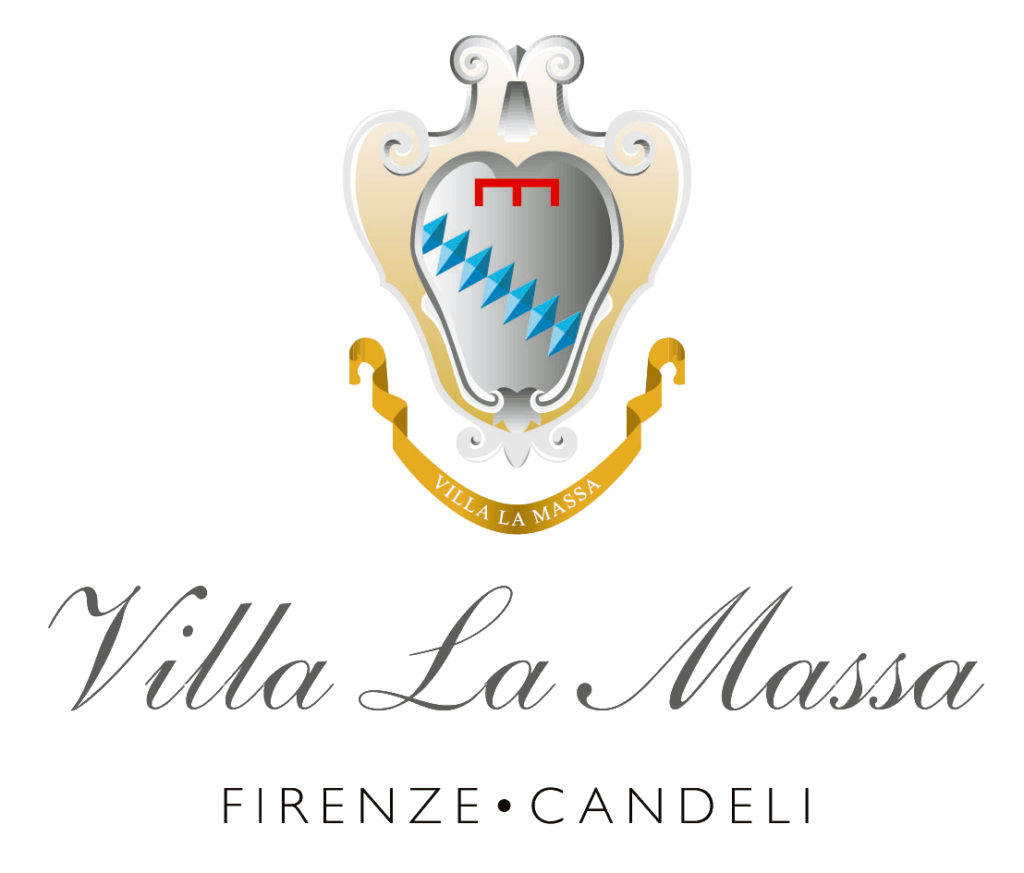 Majestically situated on the banks of the Arno River, in the heart of the Chianti wine region and surrounded by a 25-acre park, Villa La Massa is an oasis of peace and serenity, whilst just a

few kilometers from Florence’s city center. Built in the 13th century as an enchanting country house for an aristocratic Florentine family during the Medicean era, Villa La Massa is an architectural gem which was transformed into a luxury hotel in 1953. Member of The Leading Hotels of the World, it features 51 rooms and suites divided into five villas: Noble Villa, The Mill, Villino, Casa Colonica and La Limonaia. Moreover, three brand new private apartments are available in Villa Hombert, which is located in the grounds of Villa La Massa. The rooms in the Noble Villa and The Mill are decorated in a Renaissance style, whilst in Villino, Casa Colonica and La Limonaia the typical Tuscan style is given a more contemporary feel: canopy beds, elegant fabrics, marble bathrooms, frescoed ceilings or exposed wooden beams. The restaurant “Il Verrocchio” directly overlooks the Arno River and boasts a wonderful terrace, ideal for candlelit dinners in the warmest months.  “L’Oliveto”, complete with a poolside terrace, offers a more informal atmosphere. The Medicean Bar, with its 19th-century frescoed ceilings, is the ideal place for sipping an aperitif or one of our signature cocktails prepared with the exclusive liqueurs by Officina Profumo-Farmaceutica di Santa Maria Novella. The 15th Century wine cellar is perfect for wine tastings paired with delicious local cheese and cold cuts. The Arno SPA, with its elegant and intimate ambiance, offers massages and treatments using our cosmetics line from Officina Profumo-Farmaceutica di Santa Maria Novella. Villa La Massa is synonymous with relaxation and contemplation… and much more. It is also the perfect destination to make the most of both Florence and Tuscany, getting the best of both worlds through culinary experiences, sports and recreational activities. 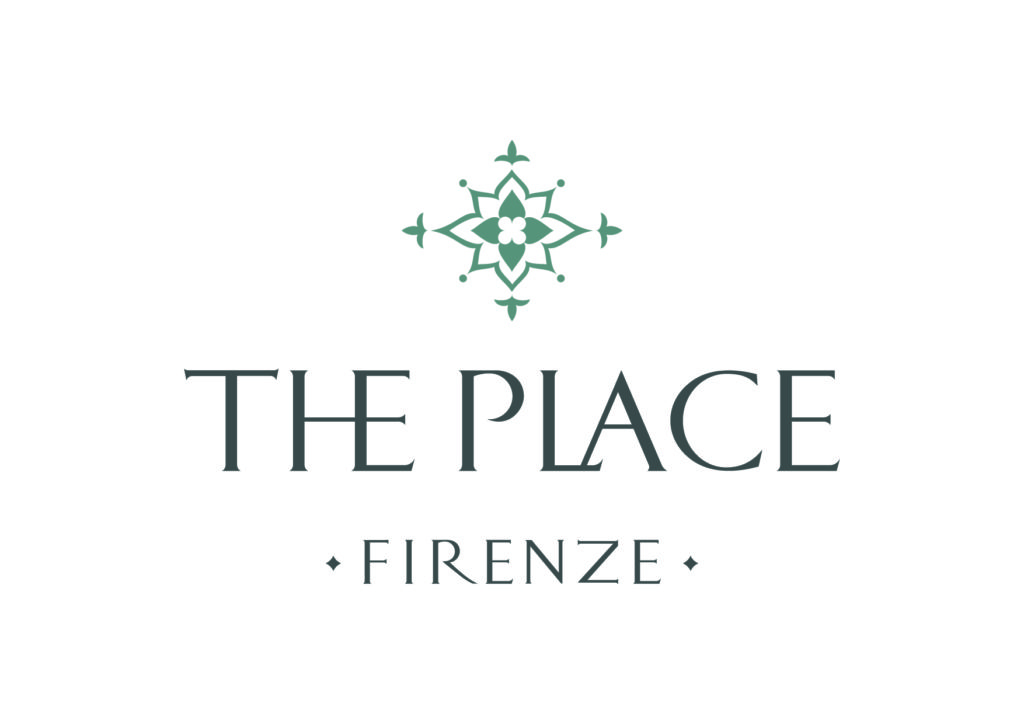 The Place to be in Florence
In the heart of Florence, deeply connected to its daily life, artistic heritage and vibrant cultural scene, The Place is your House and Home in the vibrant Tuscan city. It is a timeless classic remade for a new generation of immersive travelers, one that  reinvents made-to-measure hospitality.
Every corner of The Place radiates character. Reflecting the ageless beauty and harmony of Florence as well as its contemporary energy, it’s tailored to those who want to do more than skim the surface, who want more than just a Hotel.

The Place where Guests feel special
The Place prides itself on meticulous attention to detail and person-to-person service  that responds to its Guests’ every need, whim and passion. This is a Place where every little touch tells a story, one intimately connected with a very special cultural  milieu. Florence is unique; we want our Guests to feel the same way.

The Place to eat, drink and relax
Living Florence like a local start at The Kitchen & The Bar. Your day begins with a leisurely al fresco breakfast in a glorious Renaissance piazza and might continue with a light lunch of good things from some of our favorite artisanal food producers, settle down to a cocktail with friends around the golden hour, segue into an intimate, romantic dinner for two. From 7.30am to 11.30pm, The Kitchen and The Bar never close.

The Place you knew – reborn
We’ve been writing the story of this Place for seventeen years, years of international plaudits and unforgettable personalities. But the time has come to take a new direction, to respond to a new breed of savvy, tuned-in visitor. The Place is making a fresh new start at a time when the world of travel is undergoing epochal changes. 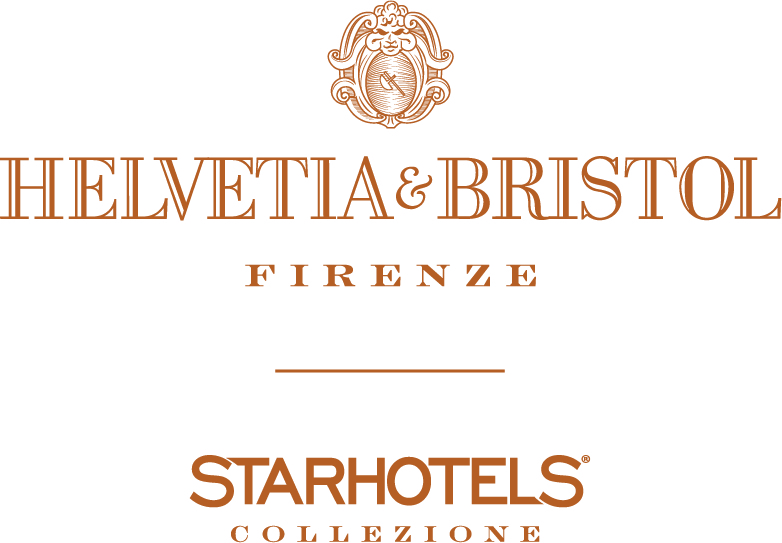 The Helvetia & Bristol reopened its doors in Florence after having completed an extraordinary expansion and renovation which, thanks to the vision of designer Anouska Hempel and the invaluable contributions of Florence’s master craftsmen, have enriched the hotel’s already charming personality, putting a fresh face on luxury Florentine hospitality. The hotel now features two distinct room design styles to choose from, a classic traditional and a classic contemporary. Two styles that merge harmoniously to express the true soul of the city and create an authentic “sense of place”, and  intimate connection with the unique history and culture of Florence. An Important novelty on the occasion of the reopening is the inauguration of the Cibreo Ristorante and Cibreo Caffè. An exclusive collaboration with an icon of Italian food and wine which aims to further enrich and strengthen the local identity of the Helvetia & Bristol.

In addition, the newly opened pastry Salon de Tea and laboratory of Italy’s number one Master Pastry Chef Iginio Massari make this iconic hotel becoming a new reference of excellence in the historical center of Florence.

Finally, among all this exciting news, there is the new and sophisticated Helvetia & Bristol “La SPA” built on the remains of an original Roman bath (https://collezione.starhotels.com/en/our-hotels/la-spa/ ).

This extraordinary space, the largest in Florence, combine history and present in a spectacular space exclusively dedicated to wellness and beauty. 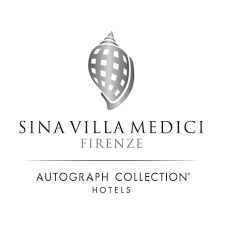 Steeped in tradition but with an eye to modernity: this is the new face of the leading Italian hotel group Sina Hotels, headed by the President of Federalberghi Bernabò Bocca and his sister Matilde Bocca, who is Executive Vice President of the group. The brand’s story is reflected in the symbol of the shell which embraces the values on which the company is founded: passion, family traditions, sobriety, style and elegance. Sina throws open its doors to an international clientele with its highly personal style of welcome which is an endorsement of the excellence of Italian hospitality.

The Sina Villa Medici has a particular significance for the company because it was here that the Società Internazionale Nuovi Alberghi was born, thanks to Count Ernesto Bocca whose aim it was to offer the art of hospitality to an elite clientele. So Florence was chosen for the group’s first luxury property: an hotel with the ambience of a patrician 18th-century residence which once belonged to the Renzis Sonnino barons who lived in the palace named after them. Scrupulous structural alterations turned it into a grand hotel, the Villa Medici, a luxury 5-star property that welcomed among its first guests the Shah of Persia and his wife Farah Diba who were followed by crowned heads, celebrities and artists from all over the world.

A glittering gem in the heart of the city, the hotel opens onto central streets from which it is easy to reach the Piazza della Signoria, the Ponte Vecchio, the Uffizi Gallery and one of the most elegant stretches of the Arnoriver. The hotel is a backdrop for the stunning square opposite which it stands, a privileged position that allows the beautiful garden, which has a stunning swimming pool – a unique feature in the historic centre of Florence – completely renovated in 2021. Magical hues and nuances of a timeless place where ancient and modern entwine in an intriguing play of colours and furnishings that were carefully selected and coordinated during the recent major renovations.

The attention to harmony and to details creates warm and elegant interiors, an added value the owners like to transmit to their clients in all the hotels in the group:  making the visitor feel at home, with all the comforts of a luxury setting.  And this is what they find in the 99 rooms and suites in the Sina Villa Medici which are in both classical and in contemporary style to satisfy the tastes of visitors and tourists. Precious antiques and design pieces bring to life the rooms in a skilful play of light in soft pastel colours. With televisions that go from 42 inches and USB outlets, parquet flooring and refurbished design bathrooms, most of the rooms have charming balconies overlooking the gardens and the monuments of Florence.

The hall and gallery are strikingly elegant and the lounge bar is flooded with light from the luxuriant garden. No details have been left to chance in these areas which are richly decorated with photographs of Florentine characters and views.

The owners also paid special attention to the gastronomy making the Sina Villa Medici a benchmark when it comes to fine dining at the Harry’s Bar The Garden, launched in June 2021.

All with the common denominator of the excellence and refinement in terms of the ingredients and impeccable service that have made Harry’s Bar Firenze an institution that needs no introduction.

Harry’s Bar The Garden embraces the exclusive atmosphere with an international air that has made this name an undisputed reference point, and with its elegant rooms and the lush garden and swimming pool it is already the place to go in town.

The hotel has areas for meetings and events, in all some 300 square metres with five rooms all of which have natural light, and two of which have breathtaking views over the city of Florence.